skip to main | skip to sidebar

The lovely Kato of Steampunk Couture has gone hardcore. For those who prefer to exercise their imaginations a bit more, Voila! Veronique Chevalier in Gearhearts Steampunk Glamour Revue- click here should do... 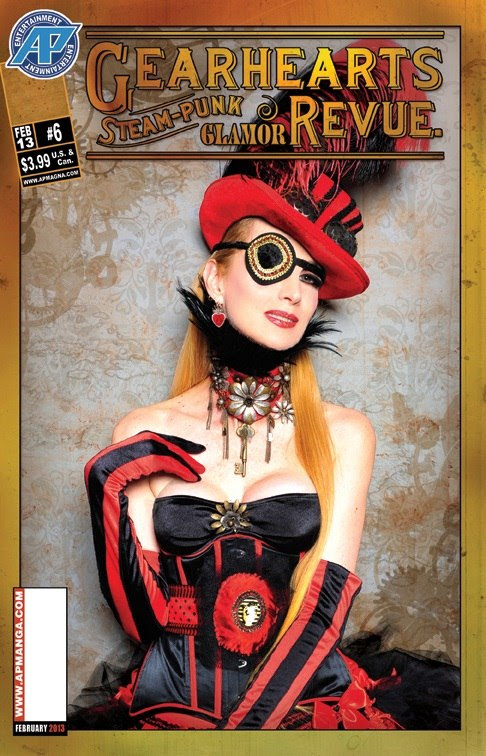 As the subject of sex is wont to do, controversy was invoked, and despite the plethora of verbiage, no consensus was reached. However, I've no doubt that Kato's most devoted fans (and those who are less-imaginative) will be pleased to support her efforts.

For the more imaginative, (as well as admirers of "skinny chicks"), who prefer their damsels slightly more-attired for purposes of fantasy, the news is good indeed! Notorious steampunk chanteuse/comedian/MC-ess/authoress/personality/model, etc. Veronique Chevalier graces the cover, as well as being featured in a full-color pictorial AND an exclusive interview within the covers of Issue # 6 of Gearhearts Steampunk Glamour Revue.

The magazine, released by comic book publisher Antarctic Press, has a cover price of $4.99 & is available at comic retailers, or on the AC website, OR personalized/autographed copies may be ordered directly from The MAD-emoiselle One Herself by relaying a private message to her via her "Officious Facebook Fan(g) Page" here.

(So, Gearhearts is not free either, but it's much-less than the monthly fee that Kato's charging to subscribe to her Steamgirl site.)

And, finally, for those who are curious about the Kato-Does-Porn thread on Steampunk Revolution, check it out here.


I just was prompted by ReverbNation.com to add up to 5 musicians that I am similar to upon my profile there, to make it "easier" for potential fans to find La Moi. Yeah, right!. *Sigh* It's not easy being me, but I gave it my best shot. If anyone has any better suggestions, feel free to let La Moi know!

(1) Edith because she was a scrapper from nowhere- an "Outsider" who made it on sheer force of will & talent, and because she's French, and my parody of her "La Vie En Rose," which I entitled "Escargots" is one of my signature songs!
(2) Monsieur Thomas because he's a brilliant artist, musician & recording engineer who inspired La Moi to write my parody of "She Blinded Me With Science" entitled "They Madden Me With Sonics"- thus originating my profession as a "Mad Sonictist"
(3) Weird Al because he's such an apt parodist of popular culture, and he so obviously has FUN!
(4) Monsieur Morrison because he had the good taste to die and be buried in Paris & the most crowd-pleasing song in my rep is my cover of his "People Are Strange."
(5) Monsieur Zappa, because no one was as brilliantly odd, as great a satirist of pop culture, prolific & prophetic as he, and as far as I know, I am the first person to parody "Valley Girl" which I entitled "Paris Girl."

Direct URL: http://cod.ckcufm.com/charts/2012-4.html
.
Posted by Veronique Chevalier (formerly Cyphyre) at 1:02 AM No comments:

Merci to Monsieur Jordan Bodewell of Sepiachord.com for so kindly including the track "After Wife Polka Tango," with lyrics by Veronique Chevalier, music composed by Mike Surratt, with guest violinist Lili Haydn!

Many other great songs and artistes on the Sepiachord Playlist for the Week Ending Jan 29th, check it all out here:

It is with great jubilation that Lucky Cohen of Lucky Promotions and The MAD-emoiselle One Herself make official their new partnership.

From this day forward, all booking inquiries for engaging the services of Veronique Chevalier should be directed to Monsieur Cohen, who also counts among his clients:

Posted by Veronique Chevalier (formerly Cyphyre) at 2:08 AM No comments:

In honour of the SOPA/PIPA fracas eV's features 2 free to download albums. In an industry full of payola Campus-community radio remains free for you to hear artists based on their musical merit - not how deep their pockets are.

Some Music X-Ray artists will be on the playlist tonight, including Frostbite (hour 2)and Principal Spinach

This week Lady Death Presents: Quarterfly and their new album "Addiction", which the band has made available free on Amazon to US residents (or to anyone who has their IP masked).

See the full posting on the show page of the CKCU website and leave a comment telling eV that "Weird Val" sent vous! :-)
.

Posted by Veronique Chevalier (formerly Cyphyre) at 9:19 PM No comments:

In 2004 Veronique Chevalier founded Cyphyre Music LLC as an umbrella for her own creative endeavours, as well as for those of other creative kindreds, in the fields of music, live entertainment & written works.

Veronique Chevalier on Facebook
WHAT THEY ARE SAYING ABOUT VERONIQUE:
"Like riding Tim Burton's version of Disney's "It's a Small World" ride."
-- Jordan Bodewell, Sepiachord
"If Charles Dickens had written a Ghost of Mirth into his Christmas Carol, Veronique Chevalier would be she."
--E. Joyce Glasgow,
Seattle Gay News
"Veronique makes odd and hynoptizing music."
--George The Giant,
Sideshow Performer & Actor
(Tim Burton's "Big Fish")

"...I have built a steam-powered airship called the HMAS Veronique. I run the ship by myself, faeries, automatons and the like."
--Dorian Donigan, The Magnificent

The Ubiquitous Web Presence of Veronique

The Multiplicity of Moi!

Veronique Chevalier (formerly Cyphyre)
West Hollyweird, CA, United States
I am a journalist; social activist; record producer, lyricist; ersatz composer/arranger; parodist; visual artist; model, former ballet dancer, and am reputed to be the long-lost great-granddaughter of a certain famous Frenchman who was a star of stage and screen...I especially appreciate under-the-radar and/or quirky talents...I am very proud of my benefit project, a recording and live show Cabaret4Choice which highlights the complexity of reproductive freedom...I conceptualized and produced 'Polka Haunt Us: A Spook-tacular Compilation' which was an Official Selection on The 51st Annual Grammy Ballot, & is sure to become a perennial Halloween classic, and in 2012, I shall be releasing a book of Steampunk Haiku (Steamku) entitled "My Cog Is Bigger Than Your Cog: Steamku & Other Verstrocities..(See links to 'The Many Websites Of Veronique' in the right-hand sidebar of my blog).

The Essence of Glamour 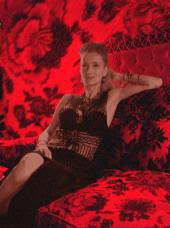 I've loved red and black for as long as I can remember!

My 'Eyeful' Tower Of
Babbling Blogs

Polka Haunt Us featured on 'The Obscure Hollow' 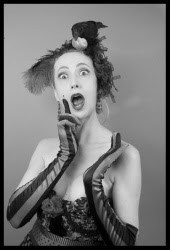 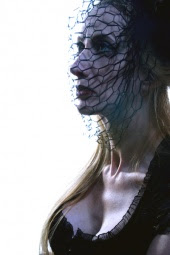 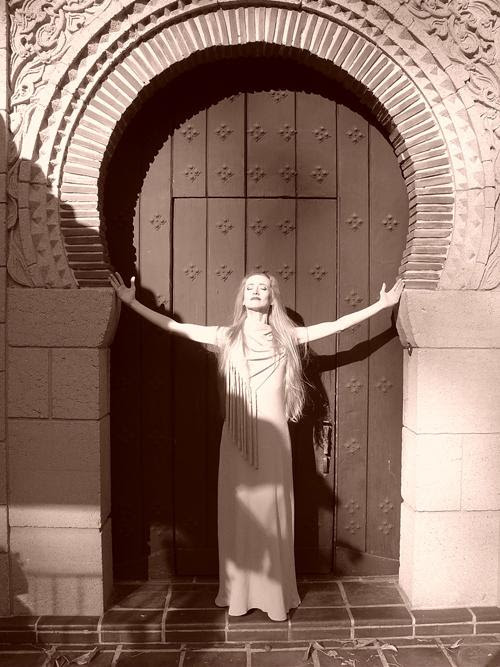 Words To Live By

There's a life-force, an energy, a quickening, translated through you into action...It is not your business to determine how good it is nor how valuable nor how it compares with other expressions. It is your business to keep it yours clearly and directly, to keep the channel open whether you choose to take an art class, keep a journal, record your dreams, dance your story or live each day from your own creative source. Above all else, keep the channel open." Going For The Gusto!

“The only people for me are the mad ones, the ones who are mad to live, mad to talk, mad to be saved, desirous of everything at the same time, the ones who never yawn or say a commonplace thing, but burn, burn, burn, like fabulous yellow roman candles exploding like spiders across the stars and in the middle you see the blue centerlight pop and everybody goes "Awww!”